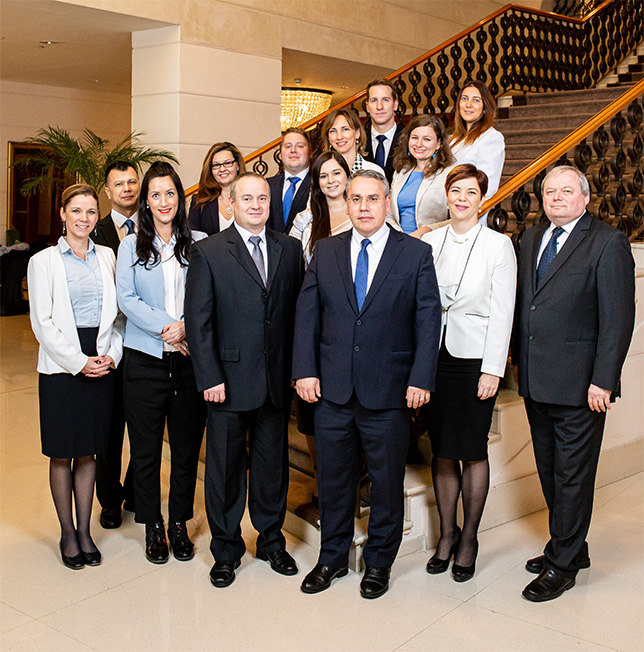 In representing its members' interests, the Association participates in the drafting and discussion of laws, statutes and projects that affect the banking sector directly or indirectly. The Association presents its opinions, developed on a consensual basis, in Parliament, in various government forums and while the legislation is being drafted. It reviews monetary policy and regulatory proposals of the MNB and maintains close cooperation with the Hungarian Financial Supervisory Authority. One of its important functions is to cooperate with other professional organisations, explaining to them the views of the Association on current economic, financial and other relevant issues.

The Association gives special emphasis to regularly informing the public on key issues related to the banking sector.

The Association is represented on the Boards of the National Deposit Insurance Fund and the Investor Protection Fund.
The Hungarian Banking Association became a full member of the European Banking Federation on January 1, 2004.  The European Banking Federation is the voice of the European banking sector. Its members include the national banking associations of 31 countries. The Association, and through it, professionals from member banks, are involved in operations of the EBF committees and working groups. In appointing members to the EBF committees and working groups, the Association seeks to select qualified professionals who can effectively represent the professional aspects of the industry. The Association helps banks meet their integration-related tasks by furnishing them with regular updates and information documents issued by the EBF. The Association has developed bilateral relations with the banking associations of several countries in order to exchange experience on a regular basis and facilitate technical training.